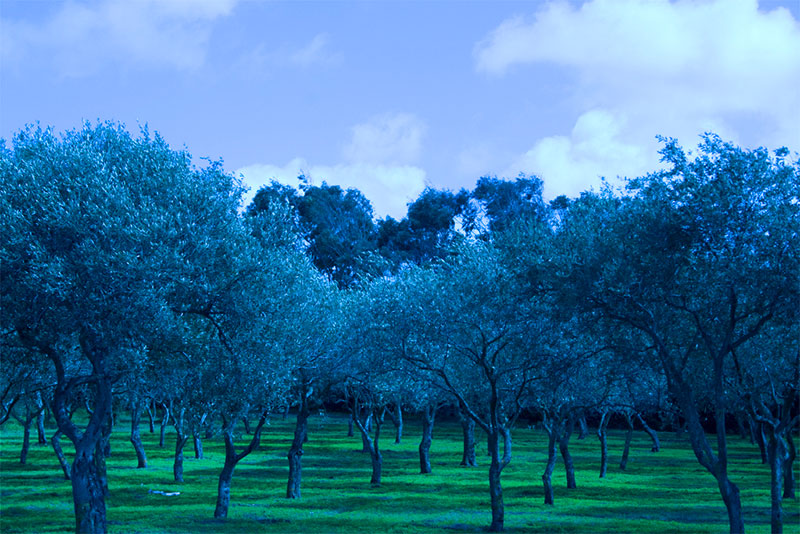 Rain was falling brutally. As I jounced along the dirt track through the forest to his place, light broke through the branches, flared and twitched like fireflies in the downpour. Just light, but recalling it now I see an omen, those fireflies emerging to watch me pass, knowing what's around the corner, taking one last look at the girl I'd never be again.

Eddy's trailer came into view and —

I slammed the brakes. And I sat. A long time, I sat. The windscreen wipers slashing, bringing clarity for a few seconds at a time through the bouncing pixels of the rain.

There were flowers, bouquets of them, propped against the door of Eddy's trailer. Not a huge number, but enough. Enough to be too many. That number of flowers wasn't a romance, not even a demented one. It wasn't get well soon.

I must have got out of the car, because now I was slip-sliding through the mud toward Eddy's door. I saw a tag on one bouquet, grabbed at it so hard I tore it off. The ink was swollen with rain. But I recognized the handwriting all the same. Walter's. All he had written was: Not you.

I could call Walter, but he would give it to me with his own pain. I couldn't take that right now. So:

"I need information about... a death."

"What death do you mean?"

"Edward Sawyer." My mouth had said that, my mind was far behind. My mouth kept going. "October 2nd, 1982. That's his date of birth. You must have a record, you must be able to tell me —"

"Miss, this is the emergency services. Are you or anyone around you in danger?"

A moment passed, then he spoke with a new efficiency, having found a category for this call, it seemed. "I want to confirm you do not have a body in your immediate surroundings?"

I stood with the rain drumming on my skull. "There's nobody here."

"One moment," the man said. "I'm not the right person. Please hold."

I was yelling now. "Please just help me. Just tell me."

"I'm putting you through. All right?" He was childish suddenly, grumbling, probably thinking he was hungry, tired, not paid enough. "This is emergency services. I'm not the right person."

One moment. Another. The line periodically blipped in what I later realized was my call being discussed and forwarded through the switchboard.

Finally, a new voice. “This is DC Ian Jessop with the Metropolitan Police Public Liaison Team. I understand you're enquiring about a death?”

"Edward Sawyer," I said. "I want to know if he's dead. I’ve been away for a few days and there's flowers here, flowers like he's dead."

I wasn’t sure I could say his name again. I somehow got it out of me. "Sawyer. Edward. Eddy." I swallowed that last sound. Then made it again. "Eddy."

He said nothing, clacked at his keyboard. Hubbub and laughter in his background. The thunk of a vending machine dropping a can of soda. I wondered where exactly they installed him, this officer to whom calls demanding to be told the worst were directed.

"Sawyer," the man said. His tone was flat; it could still be a question. Then, "Sawyer, Edward James."

I buckled to the mud by Eddy's trailer, still gripping the phone. I hadn't told him the James.

He continued, "Is that who you fear... fear for?" I was on my knees, bent double with a stabbing pain in my stomach. When I said nothing, there were sounds of movement his end, then of a door closing. The hubbub abruptly muted. Wherever he was, he'd just shut himself off from the others.

In the new silence, he sounded younger. "What’s your name, love?"

“— it is with great sadness, Alexandra, with my deepest regret, that I can confirm —”

I threw the phone away from me, and ran.

Run, run, run. Back along the dirt track, the fireflies snuffed out, the light choked by clouds. Very soon, cars, chaos, at my side, wheels hissing as the sky melted. On the pavements before me, stupid, gawking faces, mannequins of the crass and the fatuous, the lives that had not contained him. I cut my way through them, not in my own mind, nor my own body — something else throwing my legs and arms forward like this, as though to throw them off — my footfall now faster even than my heartbeat.

People in the way.

Black, asphalt, no end to it, a great charred plain. The only way it could be, now Eddy had left it.

I ran, and ran, until my lungs were traumatized, when I leaned against a wall and threw up.

This is an extract from 'Eddy', a novel I wrote in college (2003, under my real name) that I have since filed as juvenilia. Alex, the hardscrabble female protagonist of my novel, returns from a trip away to learn her boyfriend has died. This extract is a beat-by-beat account of her discovery. 'Eddy' was a great stepping stone to better writing for me, but shall itself remain in my closet, wedged between old Christmas lights and a punctured football...