Reflections on our year of "release" 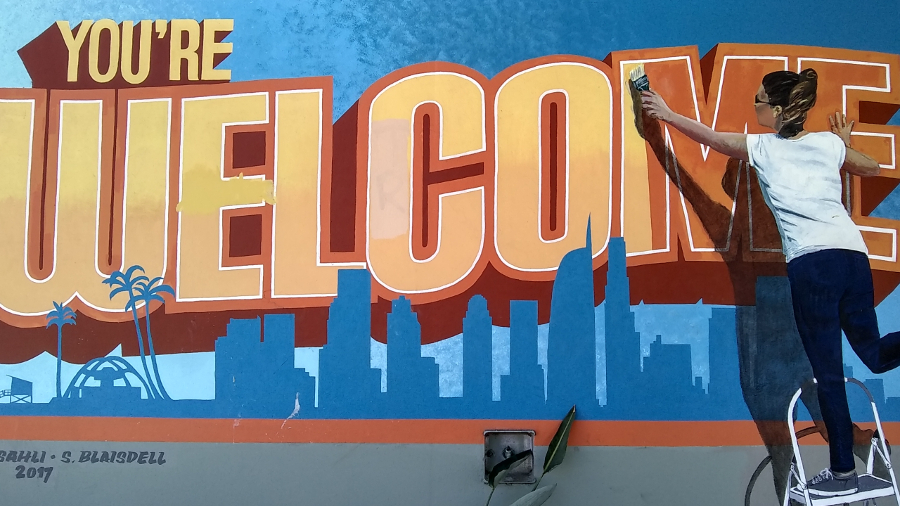 'Promises are the uniquely human way of ordering the future.'
- Hannah Arendt

Maybe I don't speak for you, but I suspect that I might: the year 2022 has not gone how I figured it would for the world.

I entered the year with a very distinct feeling: that in year 2021 my assumptions about what I might experience in my lifetime had been stretched, almost intolerably. Deaths in the millions. Dreams deferred. Incomes evaporated. Families scattered. And all because we got hit in our blind spot by... a bat. A bat. It's a punchline that got lost on its way to being funny.

The spring of 2022 arrived and, combined with booster shoots, saw the Covid infection charts shrinking with the exquisite semblance of finality. Borders were reopened. Grandparents got to diaper their grandkids again (or to meet them at all). Family reunions no longer involved a live video link. International couples suddenly had touch restored to their love languages. The travel industry, fair to say, breathed a big sigh of relief. (At least before the oh-shit moment of realizing they had only enough staff to transport a midget and his mother. Okay, not his mother.) We dared to use words like "post-pandemic", with anticipation crackling across countless op-eds. It was gonna be the "summer of sex"! Sloppy and raucous, with no fucks to give after all the fucks not had for two years. And a "big quit" was underway! Downtime-spoiled minions were flipping the bird at their former routines and becoming novelists or kind fishermen or gofers on a film set instead.

As someone who got through the pandemic more or less happily (luck, mainly, plus the simplicity of my criteria for happiness), none of these promised revolutions meant very much to me. But I was looking forward to one thing: those stretched assumptions softening back to their previous shape. I wanted very much to believe again that, while civilization could be jolted now and then, we basically had our shit together.

Then the year 2022 revealed it wasn't done stretching my assumptions.

First: war in Europe. An unremittingly senseless war, with the media piping incredulous fury and bystander guilt into every accessorized Westerner. Accessorized to watch, that is, but not to intervene, for reasons that have exposed the infirmity of the world order. So long as there is nuclear weaponry, defenders of the underdog must hang back at the safety line. This forced passivity is tortuous to experience. It's also cancerous to moral integrity. And it does not have me looking down the lines of humanity's future and feeling optimism.

Which is a little insane, isn't it? Spending an azure evening "looking down the lines of humanity's future", instead of putting on a record and pretending to know the perfect wine for this fish. The world will go where it will, you could say. Sitting here with my anxious thoughts clicking away like threadless knitting needles will change nothing. Before this year, I might have agreed. But the year 2022 has had more nasty surprises up its sleeve, and I'm starting to think anxiety in our private moments might be the tiny vibration we each need to bring, if the necessary course correction is ever going to happen.

Because as well as the war in Ukraine, there's been la chaleur, the heat. This summer, the United Kingdom experienced 104-degree heat for the first time in its documented history. In the United States, almost half the nation was under a heat advisory at one point or another. In India, home to some of the poorest people on Earth, birds have dropped dead from the sky and landfills have spontaneously ignited as the mercury has crested 110 degrees. As for France... Paris is burning? Not unless you mean the holes in your paycheck left by its parking meters. But southwestern France sure has burned. Here in Paris – which, while not burning, hit 104 degrees this summer for only the third time ever – heat exhaustion knocked me out for an entire day. (I mean 'knocked me out' almost literally: among my symptoms was a struggle to stay conscious.) I've never been healthier in my life, and writing is a distinctly shadow-rich profession. All the same, the heat crumpled me like a Dixie cup. I have never been more afraid for the more vulnerable among us.

I fear so deeply because I doubt so very much that we can get it together in time to save this joint. Increasingly across the world, but nowhere more so than in the United States, we've locked ourselves inside a culture where the carbon-heavy accoutrements of economic growth are necessary to participate in that growth at all. To hold down a job, we need a car. (Not true in large metropolises, maybe; too true almost everywhere else.) To subsist on a modest budget, we must choose the cheaper stuff that has, under the irony of globalization, been shipped across five timezones. We do not go hungry now, only by feeding on our collective future. We are forced into this self-harming position by the continued hoarding of the wealth by those who do the shipping and the job supervising.

A hard reset is clearly needed, but what it looks like exactly, I don't know. I write this from a country that has done revolution, with mixed results (if we consider the deep inequalities that remain in France). Eternally fresh in my heart too, nearly two years later, is the horror of watching Trump supporters stuff themselves into the U.S. Capitol as though into the throat of democracy, hoping to choke it. Was that their "storming of the Bastille"? With a sinking feeling, I suspect that it was. What was a hideous abandonment of good citizenry to so many was intensely American to them. How can we come together around the very real urgency of saving the Earth, when sizable numbers of its richest country continue to yip over a phantom oppression?

Nobody stole an election. But, sure, keep obsessing over voting machines while the true steal continues unabated. That steal is from nothing less than our prospects as a civilization, and we are the thieves. There are our children (and their children, and theirs too) to think about. We hear that notion a lot. Let's put it another way: we switchblade those kids from jaw to jaw with each passing day that we do nothing about our (now undeniable) trashing of this planet.

And if hypothetical children of the future don't concern you much: the steal, ultimately, is from ourselves. Future generations are the carriers of us, as much as we are of them. If the world is to become too oceanic, too hot, or in any other way too damn sick to be compatible with human life, then that's incompatible with all that we devise now too. When we feel like something is worth doing, don't we really mean it's worth keeping? If there's no future to our present, then we could be kicking dogs or curing cancer and it all amounts to the same in the end. Who wants to live on those terms? And why, when the fight for the future of the Earth is asking for recalibration so much more than for sacrifice?

So: we need change, hard and fast, but done civilly and democratically. That is the conundrum I stare at a lot these days.

And it is against the backdrop of all these thoughts that I wrote this year's two Thanksgiving poems: 'Broken Umbrellas' and 'Slouched Pepper'. 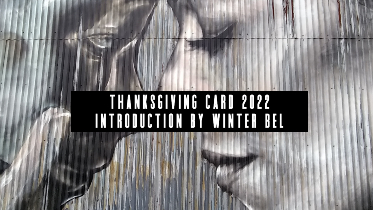 Part 1: On Thanksgiving and my tradition 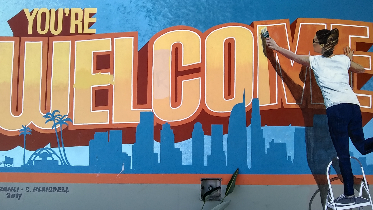 You just read this 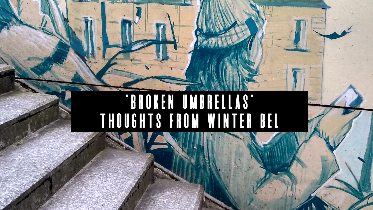 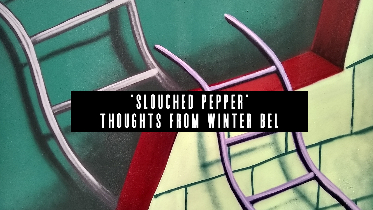