Tip: If you've arrived here by QR code and want to view these pages on a desktop computer instead, use URL thanks.winterbel.info as a shortcut. Got it, yeah

Every year for the best part of a decade, I've written a poem for Thanksgiving, then mailed it to those for whom I am thankful that year.

As far as I know, I am the only person on the planet who does this. Given my love of this particular holiday, though, copycats are welcome.

This year, in a first, there are two poems for Thanksgiving: "Steps Of You" and "Salad Plans (Sonnet)". I talk about my two Thanksgiving poems in three short videos (each 3 minutes). I speak to camera in English, but each video is also available with French subtitles.

Dive into a video to get started 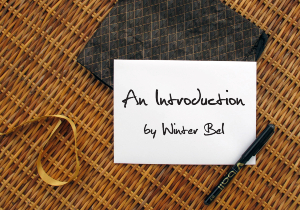 Video 1: The holiday and the tradition 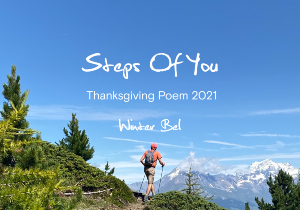 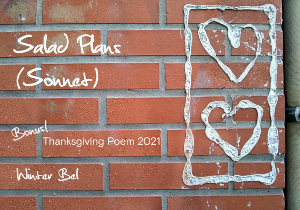 If you haven't received this year's Thanksgiving card, but I've let you know it is on its way, maybe wait until you actually receive it before watching the videos. You may otherwise spoil the surprise of the card (in particular, videos 2 and 3, which discuss the poems).

If I sent you an e-link rather than the card itself – for reasons such as the postman never getting over that time you opened the door naked/in your wife's underwear, and now you're banished from the postal system – you can view the physical card by clicking the "Spoiler" buttons below.

Spoiler! The primary Thanksgiving 2021 poem: "Steps Of You" 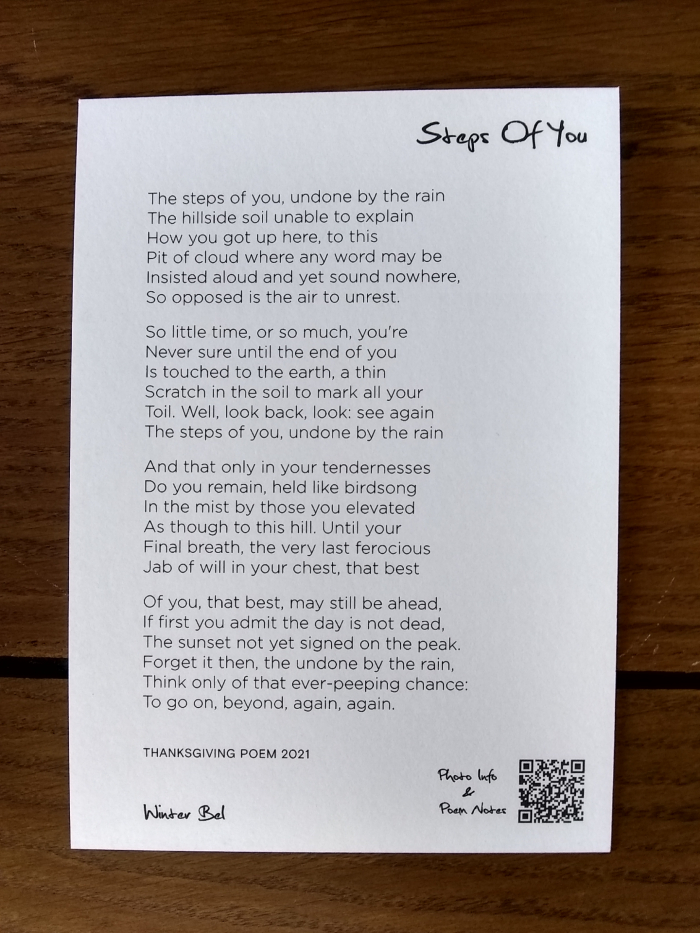 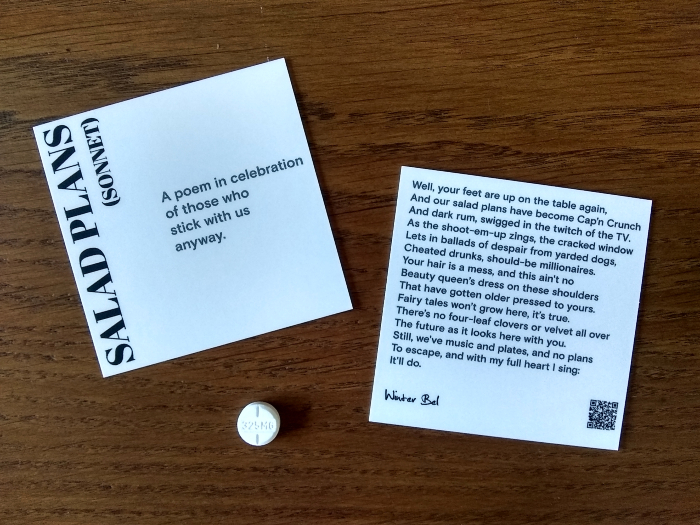 *Pill included to convey scale. Poetry is the only pill you need, folks.

Thanksgiving 2021 card by Winter Bel (words and design). Card cover photography by Winter Bel, Hannah Croft, Roberta Bullingham, and Gerd-Rainer Horne and Birgit Tanghe, as attributed in the credits sequence of Video 2, "Steps Of You". Music by Winter Bel Music. All rights reserved by the respective copyright holders, 2021.